On a sunny winter afternoon we wandered into the arena. Blue skies above, yellow dust below and all around the scaling stone seats of the Roman amphitheatre.

As we stopped and stared up at the magnitude of the site we could almost hear the cheers of the invisible crowds. It was easy to imagine the local rulers taking the seat of honour in the front row and the onlookers placing bets on their favourite gladiators. There we stood, on the same ground where fearsome warriors had fought to the death. 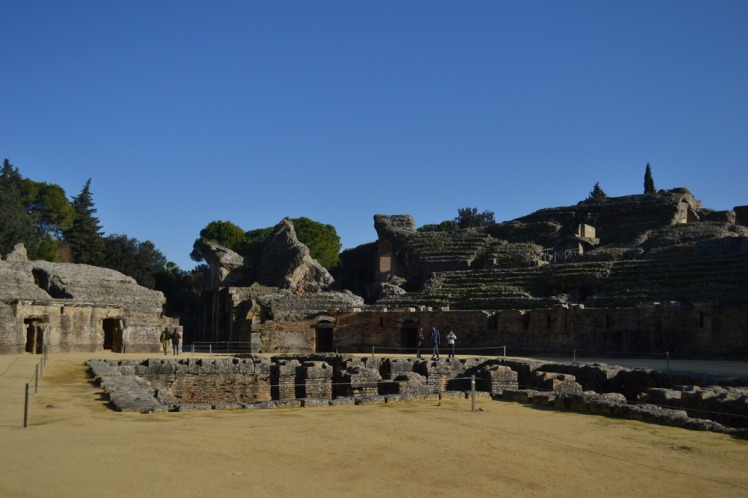 In reality it wasn’t quite as dramatic, but the ruinous remains that still stood proudly around us were rather impressive. To think ordinary Roman citizens had gone about their daily lives here, in this quiet corner of the world, all those years ago, and still today we can know how they lived! The architectural marvels they built still stand. It makes me wonder, in 2000 years time, what will remain of our civilization?

Long after the last gladiator had won his final battle, long after the Romans had left, this small town just outside Seville guards a under-exploited historic treasure.

In a way, the awesome Roman ruins in Santiponce felt a bit abandoned on that quiet afternoon, forgotten by the townsfolk and unknown to many travellers. Some might say there was a certain sadness to the place, but I think it was more than made up for by the wonderful sunshine.

There were only a few other visitors around, plus a couple of warden-y type people who seemed to be watching no one misbehaved or mistreated the ancient stones. But other than that, we had the place pretty much to ourselves.

We wandered through the tunnels under the seating, circling the arena, imagining tough looking men striding past each other in preparation for their next fight.

It was easy to picture the scene as we walked back out into the light from within the tunnels. We knew no threat awaited us beyond the threshold, yet many a bloodied gladiator with serious, and even mortal injuries, had first taken those same steps, all those hundreds of years ago, striding courageously to meet his opponent.

Ok, so maybe, I’ve seen just a few too many films. Even so, the state of conservation of the site encourages the imagination to picture the scene. It was all very interesting and I was enjoying the trip immensely.

The Tabula Gladiatoria gave a little more insight into what actually went on here. It provides details of how much money went into organizing these sorts of games. Much like modern day Olimpics, it wasn’t cheap, so limits were established as to how much could be payed per event and per gladiator.

It turns out, not all fights ended in death, as one might be inclined to imagine. After all, it wouldn’t be much of a business if you lost a fighter at every event! It’s a fascinating topic actually, once you start reading about it and you can find out more about Itálica’s amphitheatre and its gladiators here.

As we headed away from the fourth biggest amphitheatre in the Roman Empire, out towards the rest of the site, I marveled at the wide avenues still clearly laid out. Some were lined by trees, others just by the remainder of different homes, public baths and gymnasiums. 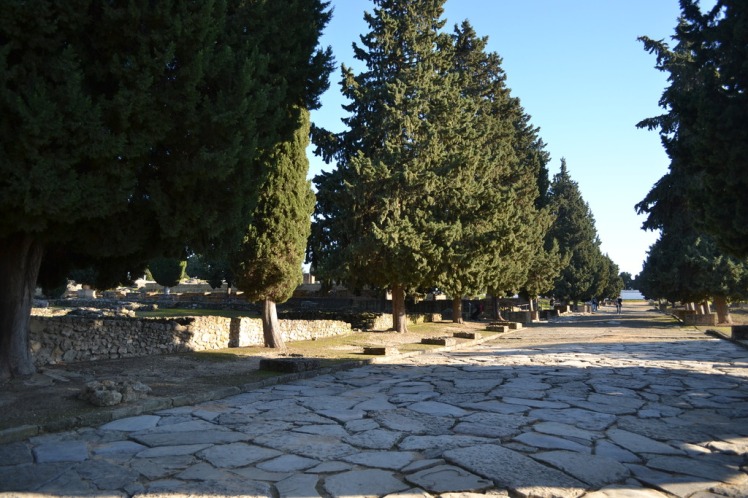 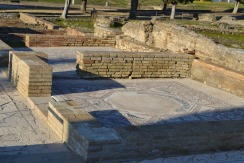 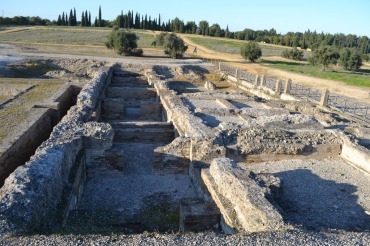 The small walls that made up the base of the numerous buildings were dotted around the fields and could just about be distinguished from a distance, the odd column still standing here and there. However, it wasn’t until you got closer that you could see the real treasure: mosaics. 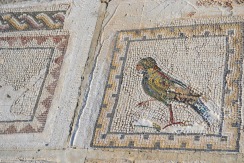 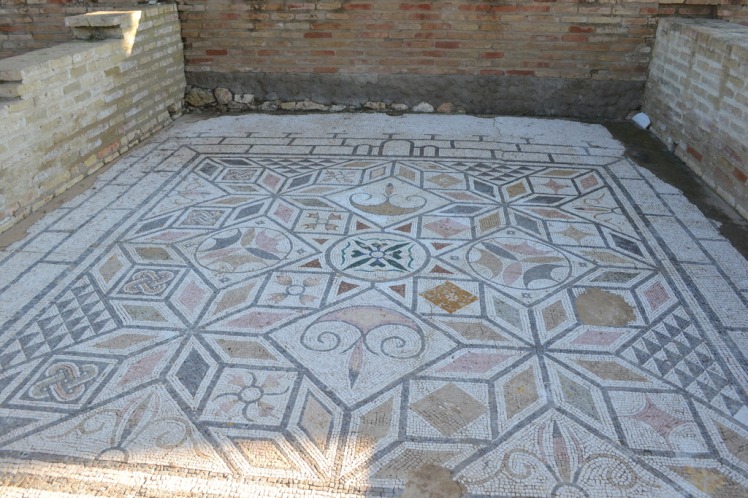 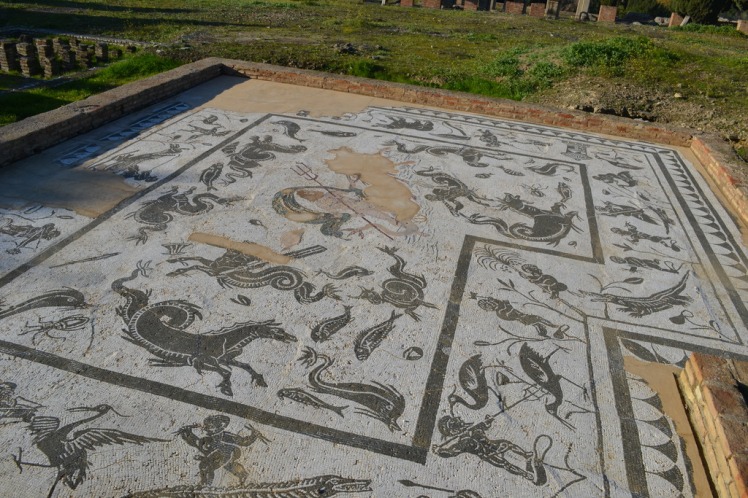 The evening sun was dropping fast, sending a golden light over the esplanade of overgrown grass and the remains of a civilization.

Slowly, as we continued exploring the site, we headed to the top of a hill and looked over towards Seville. It felt so close, just the other side of the motorway, and yet, the busyness of city life felt distant in the peaceful tranquility of Sevillla la Vieja (Old Seville), as Itálica was once known.

As you can see, it’s not really that far away at all.

Ready to head ‘back in time’ to when the Romans roamed Itálica?

How to get there: The Roman ruins at Itálica can be visited for free by EU citizens and they’re just a short drive from Seville.

The local bus will also get you there. It leaves from Seville’s Plaza de Armas bus station and drops you off just outside the main entrance.

Opening times: Open from Tuesday to Sunday. Times vary throughout the seasons:

For more info, check out the official site.

3 thoughts on “Roaming with the Romans at Itálica”