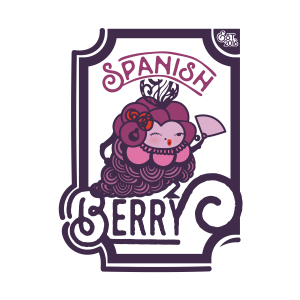 2017 marks the 500 year anniversary of the Protestant Reformation. Though Spain was (and is) very much a Catholic country, 5 centuries ago, some of those reformed ideas secretly found their way into the country. Slowly and steadily, if perhaps not very boldly at first, they began to take hold in certain sectors of the population.

I have written extensively on this topic before and as I read and investigated, I was fascinated by a part of Seville’s history that has largely been forgotten. 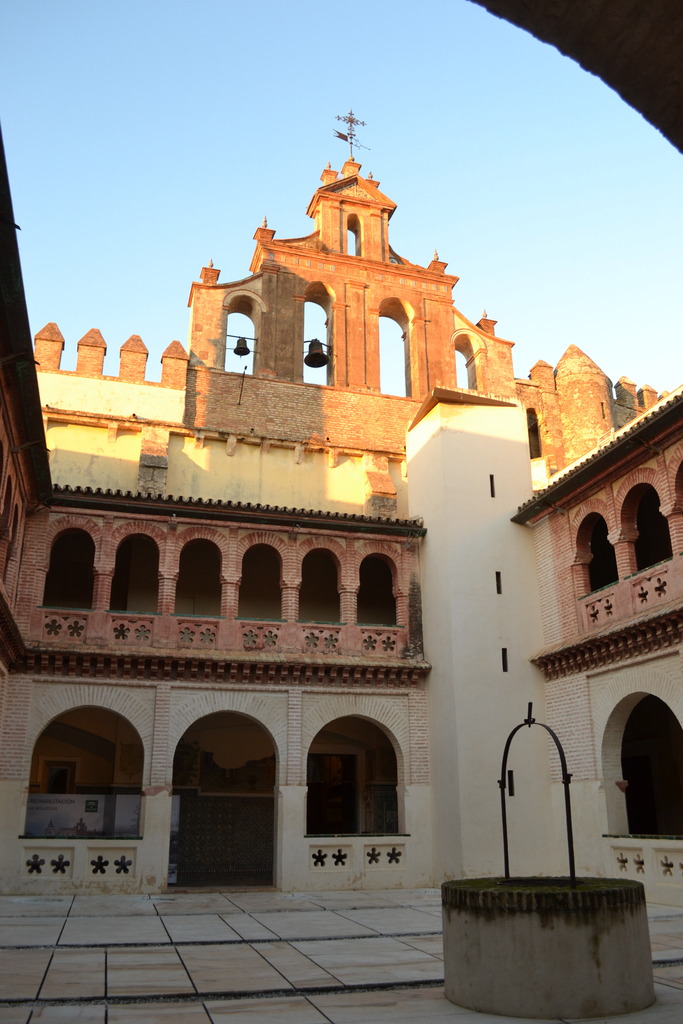 It would appear that the Inquisition was quite successful in its effort to blot out any non-conforming ideas at that time and, still today, any trace of Protestantism in Spain is largely concealed, forgotten or just ignored.

However, if you go searching for it, you’ll find its presence dotted around present-day Seville and discover it played an important part in the history of Christianity in Spain.

Which brings us to the San Isidoro del Campo Monastery in Santiponce.

This old abbey was home to a religious community unlike most others in Spain at that time. The Hieronymite monks faithful to their Order, spent a lot of time in prayer and contemplation as well as in the study of Scripture and other religious texts.

Up to this point they might seem just like any other bunch of monks, but it was the content of those texts -and their reaction to them- that made the brothers at San Isidoro del Campo quite extraordinary.

Thanks to a crafty tradesman by the name of Julián Hernández- better known as Julianillo- religious texts full of Protestant doctrines were smuggled into the country and found their way into the hands of the prior and the rest of the religious community.

Though not all of them felt it was right to read these forbidden texts, most of the monks faithfully examined these new ideas. If at first they chose to do so only to understand what all the fuss was about, they eventually came to accept and embrace these new beliefs from Europe, at great peril to themselves.

One of these monks was Casiodoro de Reina. Convicted by his new faith he set about translating the whole Bible into Spanish from the original languages. Much like his German counterparts, he wanted the Spanish people to be able to read it in their own language. This way, they’d be able to decide for themselves what to believe about its content and not have to go through any intermediaries (priests) or learn latin, which was reserved for an educated few, to grasp its message.

This task, however, was interrupted by the Inquisition’s knock on the door. He and a few others fled the country, along with his work, and completed the translation. Cipriano de Valera later revised it. Their work led to what is today known as the Reina-Valera edition of the Bible, a translation largely used by the evangelical community in Spain today, with a few extra revisions to update the language to modern Spanish, of course.

Some of the other monks weren’t as lucky, imprisoned by the Inquisition and held captive in the Castillo de San Jorge -found just across the river from Seville’s centre, in the modern-day  neighbourhood of Triana- they were questioned and tortured. Eventually, many were martyred and burnt at the stake for their beliefs.

They weren’t the only ones to die or be judged for their new-found faith. A group of the city’s nobles had also come to understand Christianity from the Protestant perspective and paid the price for it. Among them you could find members of important families, such as Juan Ponce de León, Isabel de Baena or María de Bohórquez.

But enough of History lessons for now. You should go and visit the San Isidoro del Campo Monastery.

During your visit to the Monastery in Santiponce, be sure to check out the wonderful frescos, they’re pretty impressive. 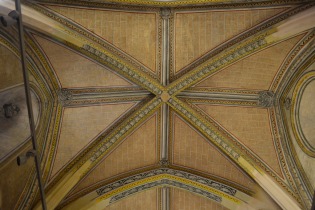 There are some fascinating ancient music books too and the choir in the chapel is also quite a sight. 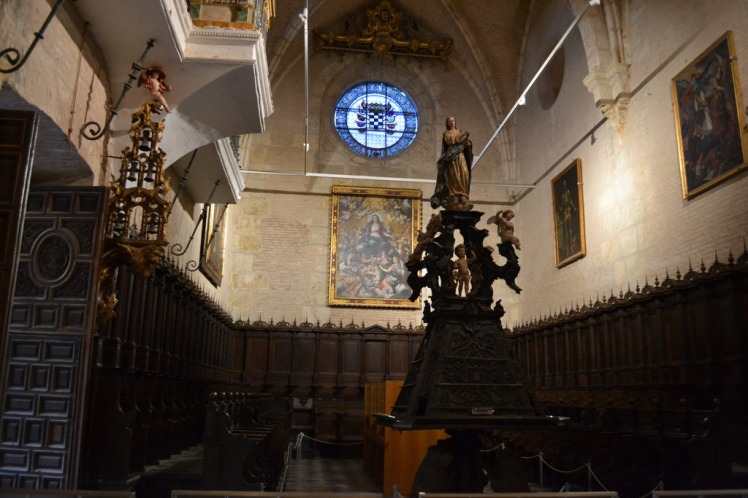 You must check out the small room with bright painted ceilings as well as the many portraits hung throughout the building. 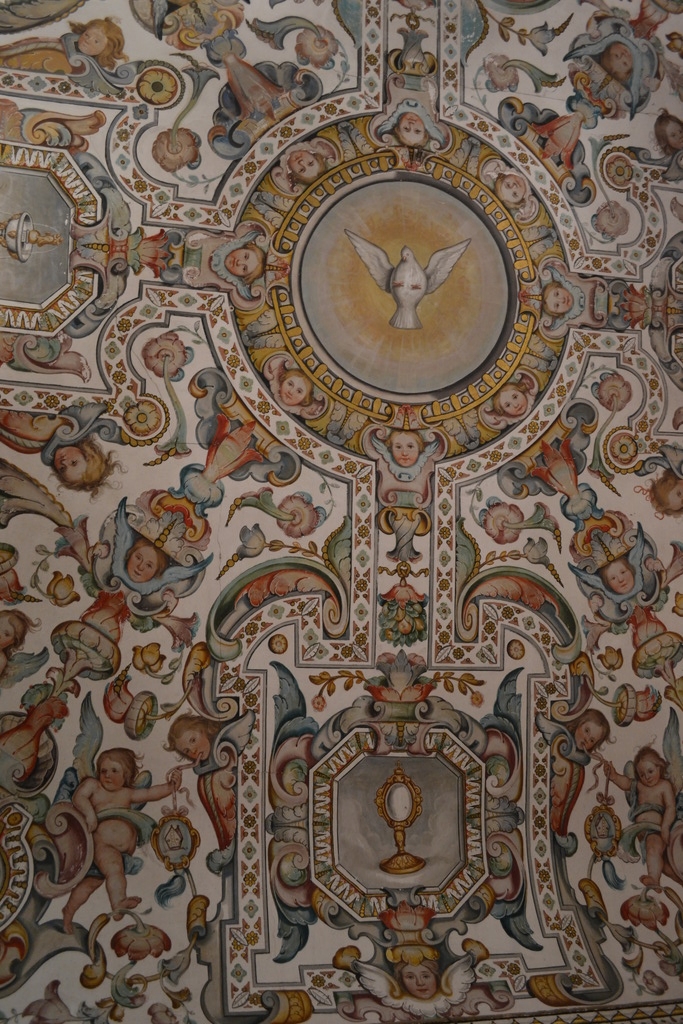 Unfortunately, the only mention of its Protestant past is a small placard in one of the rooms off the cloisters, further evidence of the power wielding Inquisition that scared  everyone into forgetting and pretending it never happened. 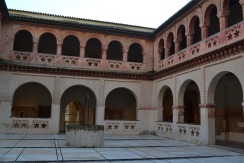 As we’ve seen, they attempted and almost managed to wipe the events from history. The facts remain, however, and these Protestant monks from Seville also provided Christianity in Spain with the very first translation of the Bible into Spanish from the original languages. How’s that for legacy?

Visiting San Isidoro del Campo: The Monastery has been partially restored and can be visited for free from Tuesdays to Saturdays. Just like Itálica’s Roman ruins, you can get there easily by bus from Seville. For more details  and timetables click here.